On this page you can find our book recommendations during the month June.
If you have a recommendation yourself that you want to share you can email this to beeveesymci@gmail.com and it will be on this page too!

What the book is about
Meet Oskar Schell, a 9 year old kid from New York. He’s an inventor. An explorer. Quite clever for his age. Ever since his fathers dead on 9/11, he has ‘heavy boots’. He deals with it by bruising himself. One day, he breaks his father’s vase and find an envelope in it with the word ‘Black’ written on it. Inside he finds a key. Oscar is determined to find the lock to this key, which leaves him with ‘only’ about 162 million locks in New York to check… and so his journey to closure begins.
This book is about the sixth borough of New York, the mysterious renter in grandma’s apartment and a voicemail that should never be spoken of. It’s about the relationship between mother and son, circled words in the newspaper and the bombing of Dresden. It’s a heartbreaking yet heartwarming story on coping with loss.

You will like this book if…
You are interested in extremely hilarious and incredibly heartbreaking books. The book takes you deep into the raging mind of Oscar, Into the peculiar way he views the world and his eccentric ideas. It’s engagingly written and I would recommend it to just about anyone.

What the book is about:
Good Omens is about an angel and a demon, Aziraphale and Crowly, who have been put on this earth at the beginning of times. Which was of course, Sunday the 21st of October 4004 BC, around 9am. After thousands of years together on earth and humanity, they’ve grown to be friends. They both act according to the Great Plan of Satan, or the Divine Plan of God, while not standing in each other’s way.
However, soon enough the Anti-Christ is born, who supposedly will start Armageddon, the end of the world. Both Aziraphale and Crowly are tasked by their respective bosses to keep an eye on him as he grows up. Only a week from the End of Times, Atlantis is rising from the sea, frogs are falling from the sky and the Four Horsemen of the Apocalypse ride out, everything seems to be going according to the Ineffable plan… Except for the fact that the Anti-Christ is nowhere to be seen.

You will like this book if…
You love a good laugh! It’s an absurd and very lighthearted book you can read through in no time due to the fact it’s written in such a clear way that you can almost see the scenes playing out in front of you.

What the book is about:
The marriage of Nick and Amy Dunne is in crisis. They moved to Nick's hometown North Carthage in Missouri to take care of his sick mother, but Amy can’t find her place here. While the two first had a picture perfect romance, the stress of job loss and moving takes a toll on their relationship. Then on the morning of their wedding anniversary Amy disappears and Nick becomes the main suspect.
The book described the story from both Nicks and Amy's perspective. This way you get a good overview of the events but on the other hand there is so much you don’t know. Everytime you think you get the whole situation of the crime, everything changes again and you get a new perspective. The book marks that every story has two sides and questions who the real victim is.

You will like this book if…
… you are interested in reading a thrilling and absorbing story with an enormous plot twist.

What the book is about:
The book is about the turning point in Laura Clery’s life, who nowadays makes a living by sharing inappropriate comedy sketches with millions of strangers on the Internet. The book gives in depth insights into her drug addiction, violent relationships and mental issues, which contributes to a better understanding of people who have to deal with these problems.
Laura recounts how she went from being a dangerously impulsive, broke, unemployable, suicidal, cocaine-addicted narcissist, crippled by fear and hopping from one toxic romance to the next…to a more-happy-than-not, somewhat rational, meditating, vegan yogi with good credit, a great marriage, a fantastic career, and four unfortunate-looking rescue animals. Still, above all, Laura remains an amazingly talented, adorable, and vulnerable, self-described…Idiot.
With her no-holds-barred humor, Idiot introduces you to a wildly original—and undeniably relatable—new genre and guarantees a thrilling reading experience with emotional up and downs.

What the book is about:
Elyn R. Saks is an esteemed professor, lawyer, and psychiatrist and is the Orrin B. Evans Professor of Law, Psychology, Psychiatry, and the Behavioral Sciences at the University of Southern California Law School. Yet she has suffered from schizophrenia for most of her life, and still has ongoing major episodes of the illness. The Center Cannot Hold is the eloquent, moving story of Elyn's life, from the first time that she heard voices speaking to her as a young teenager, to attempted suicides in college, through learning to live on her own as an adult in an often terrifying world. Saks discusses frankly the paranoia, the inability to tell imaginary fears from real ones, the voices in her head telling her to kill herself (and to harm others), as well as the incredibly difficult obstacles she overcame to become a highly respected professional.

Imagine waking up in a world where you can ‘step’ to an endless amount of parallel worlds using a potato in a box. What would happen to the earth as we know it?
How many people would leave to colonize other earths? How does one define a country and do you really have to pay taxes in Earth West 309? Just how similar are the parallel worlds to our own world? And could there a limit to the amount of parallel worlds?
This story focuses on Joshua Valienté, a ‘natural stepper’ that together with an AI called Lobsang (who claims to be a reincarnated tibetan motorcycle repairman) goes on an epic quest to see how many earths are out there. Expect dinosaurs, talking cats and of course lots of potatoes...

You will like this book if…
You’re looking for a nice and fun read that still challenges your mind and sweeps you away in the incredible world building. This is a wonderful story that explores countless ideas and possibilities with just the right amount of humor. While the world building is great, do not expect much character development though. It’s more about the idea and less about the individuals that live in this alternative world.

The village of Wolfheim is a quiet little place until the geneticist Victor Hoppe returns after an absence of nearly twenty years. The doctor brings with him his infant children, three identical boys all sharing the same disfigurement and named after three archangels; Michael, Gabriel and Raphael. He keeps them hidden away until Charlotte, the woman who is hired to care for them, begins to suspect that the triplets – and the good doctor – aren’t quite what they seem.
As the villagers become increasingly suspicious, the story of Hoppe’s past begins to unfold. He grew up in a children’s home and a boarding school after being rejected by his parents for being ugly, because of having a hare lip. He is both insensitive and extremely shy, and, as a result, is accepted by nobody, and leads a lonely existence. He is however possessed of an exceptional memory and unwavering determination. After training as a doctor, he continues to work at the university where he succeeds in cloning mice. He works in isolation and refuses to publish the required scientific information on his working procedures to support his claims. Meanwhile, he is secretly trying to clone himself. He succeeds in producing weak, ugly triplets that he treats as objects of scientific study rather than as children deserving paternal affection.
In the dramatic ending, he initiates a new experiment, while simultaneously compromising his own existence. In his autism, his rigid way of thinking and his oversimplification of the contrast between good and evil, Hoppe (over)compares his own suffer to that of Christ on the cross, with all the consequences that will entail.

You will like this book if ...
You like to think about good and bad, especially ethics in science. Besides, people who like to read a easy written book, with some surprising, absurd twists, will also like reading this book, despite it’s quite a thick book.

The tattooist of Auschwitz – Heather Morris
Genre: Fiction; based on a true story 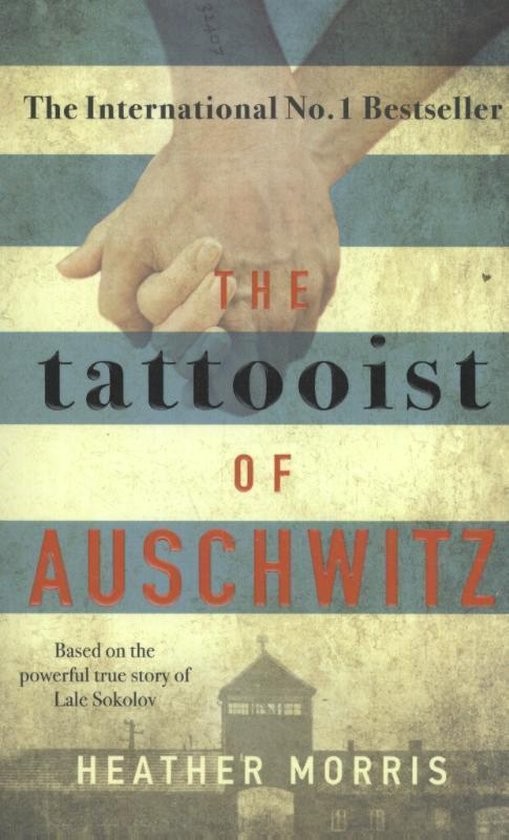 “This novel is based on the true story behind one of the most potent symbols of the Holocaust – the blue numbers tattooed on prisoner’s arms. When Lale Sokolov, a Slovakian Jew, was given the job of tattooist in Auschwitz, he used his infinitesimal freedom of movement to help keep fellow victims alive. If caught, he would have been killed; many owed him their survival.Terrible though this story is, it is also one of hope, of courage – and love. Waiting in line to be tattooed was a terrified and shaking young girl. For Lale it was love at first sight, and he was determined he and Gita would survive. Their story, fact-checked against all the available documentary evidence, endorsed by the son they never thought they would have, and untold for over seventy years, will make you weep, but will also uplift you.”

You will like this book if…
You like reading about the second world war, compelling stories and tough romance, this is the book for you.