Every 5 years the lustrum of our study association BeeVee is celebrated with numerous activities and an overall festive ambiance. In 2021 the 7th lustrum should have taken place, as we became a year older and arrived at the ripe old age of 35. Sadly, COVID-19 threw a spanner in the works and the lustrum was cancelled. However, don't be sad, the lustrum will still be held when this is possible again!

We as the Lustrum committee have the goal to facilitate a good and well organised lustrum. In order to make sure everything goes as it should, we have been preparing in cooperation with all the committees of BeeVee to plan and fill the lustrum with every activity imaginable. The Lustrum Committee Anno 2020 (LuCA2020) consists of 9 members, who are all in different phases of their studies. As second years student Merel Sweers, as third years student Rick Temminck, as fourth years students Emma Stroucken and Milou Stevens, as fifth years students Giel de Laat, Imke van Wandeloo, Jules van der Molen and Robin Jansen and as sixth years Jelle Verploegen. This diverse group of people will make sure the interests of at least the first 6 years are taken into account.

The lustrum will take place in the fall of 2021, but the exact period is still to be announced.
We can’t wait until we can finally celebrate and enjoy the lustrum and hope you are feeling the same way!

Do you have a question or remark about the lustrum or us as a committee, email us at beevee.luca2020@gmail.com. 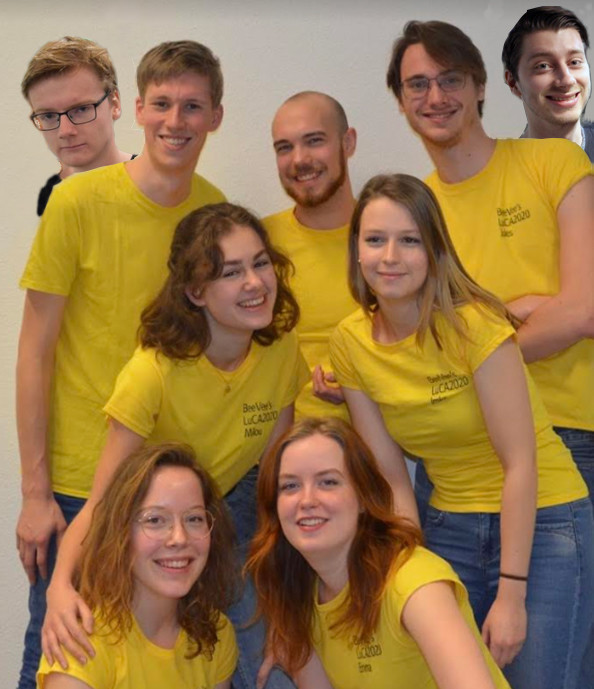