How it all began

Kultuur was founded when it split off FFC (Film, Party and Culture). A part of FFC at that time felt that they were mainly organizing party’s and showing mainstream/popular movies, while focusing on culture was neglected. They decided to get the culture part up and running again, now with a 'K'. The partying part was left for Fc and cultural movies and tours, open mic nights etc. were from then on organized by ‘Kultuur’. Kultuur consists of a varying number of members who do their best to organize as many fun and cultural activities as the possible. Below are some of the activities in more detail.

Movie night
About eight times a year, the Noordkantine transforms into a real cinema where all sorts of films are screened. Before the movie starts you can enjoy one of our culinary meals for only € 2.00! The movie itself costs € 0.50 for BeeVee members and € 1.00 for non-members. A few times a year you can vote for which movie you want to see on our facebook page! Sometimes a theme evening is held, in the past year we had a horror night around halloween time! If you really have a good suggestion, you can always email it to beevee_kultuur@science.ru.nl.

City Tour Nijmegen
The City Tour Nijmegen (Kultureel uitje Nijmegen) is a famous and infamous phenomenon, formerly known as the "Alternative pub crawl". Get to know Nijmegen from a different side! Kultuur members will show you a lot of cultural attractions in Nijmegen and do their best to tell you fascinating stories about them. It is especially intended for first year students or international student who are new to the city. This way they won’t only know the cafés and bars by the end of their bachelor, but also a bit of the history of this beautiful city. ‘KuN’ is organized once a year around October. At the end of the tour we traditionally have a beer at brewery de Hemel (Heaven).

Open mic night
Every year, Kultuur organizes an so called ‘Open Podium’, an open mic night, where everyone gets the chance to show his or her special talent. During this evening performances like bands, cabaret, fun acts and other (musical) things are all welcome! It is also allowed for a different VAC of  BeeVee to sign up to do an act, which always results in something fun. We usually organize this in November in café Trianon. So, do you have a fun, cool, beautiful, awesome or maybe a little bit weird talent? Then sign up for the Open Podium!

Hitchhiking competition
The goal of the hitchhiking contest is first of all to make people acquainted with the familiar concept of hitchhiking and second of all to just have a lot of fun! The destination of the contest are different cities in the Netherlands that you have to guess by solving multiple riddles or puzzles. The couple who first arrives at the final city wins a wonderful prize. The activity takes up a whole day, that’s why it is usually organized on a Saturday (around June), and will end with a barbecue behind the Huygens building.

Mascot
Since October 1, 2014 Kultuur also has a mascot. Sir Edmund the 3rd! He is a big fan of painting, cheese cubes and staying at BeeVee members’ houses. Click on the following link to admire his handsome face: ...

We hope to see you at one of our activities! 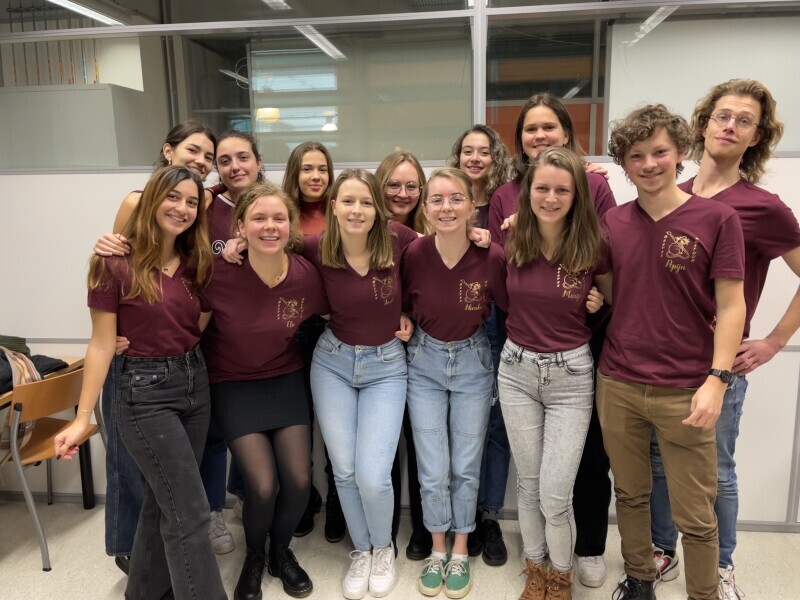