Or: VACUOLES. Also known as: Pearl of BeeVee.

A woolen sweater that itches! Everything made of wool itches. Woolen G-strings, sheep, woolen scarfs, and worst of all: goats wool socks.
Goats wool socks are, according to the stereotype, something for real biologists. Sadly for the biologists in question they, like many organisms they study, are threatened with extinction. No red list or a fauna-law that protects this unique species. Except that de Nijmeegse Biology Assosiation (BeeVee) has one great commission, named VACUOLES!

Where the Oostvaardesplassen, Bialowieza (Poland) and the Wadden Sea provide shelter and protection to threatened animals and plants, VACUOLES makes a true Walhalla to a real biologist.

Besides an abundant number of ecological themed activities like a bird-excursion, a mushroom-excursion, a spring-plants-excursion, a zoo-excursion and a night-excursion (with bat-detectors to recognize bats by their ultra-sonar sounds), VACUOLES is extremely active on another level which a right-minded biologist should be familiar with since they wore diapers; games!

Once every two weeks on Tuesday every Vacuoli itches in the depth of their truly biological body. There is a meeting on the agenda, and every Vacuoli knows what this means: eating good food and drinking a couple of beers together and in the meantime we discuss a bit. Afterwards the time has come to estimate the games (in advance of a heavy selection procedure) on 'amusement value' until…

One of the Vacuoli ventilates one of the many brilliant products of their mighty biological brain. “With such a great game we can ofcourse, like no other activity-commission, organize a competition which knows no equal”, and so it happened!

A themed pubcrawl, a rik-competition, a cage band (curb)-, poker, dart-, and a yearly returning poolcompetition are but a few of the many miraculous activities, which shine at the best activity-commision of BeeVee on the impressive Curriculum Vitae.

After reading this page, everyone can only draw one conclusion: VACUOLES Rules TUTUDUTU! 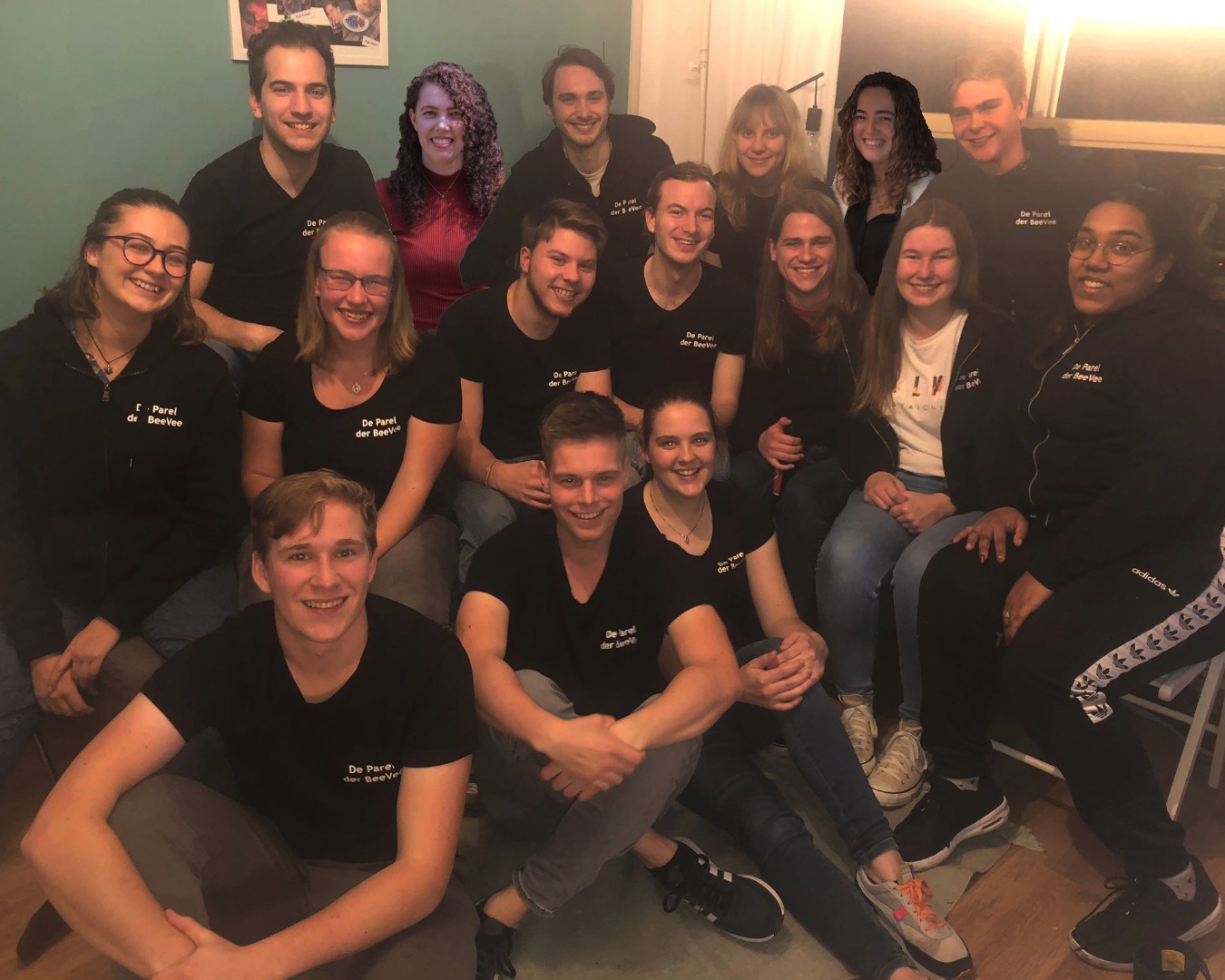